Each year, great researchers and scientists make breakthroughs all over the world. They push the boundaries of what is possible and surpass these boundaries. After exceeding these boundaries, they then open the world up to a new set of boundaries that must be surpassed. This constant updating of the possible skyrockets our potential and reminds us that humans have no limit. Last year, we learned how to edit a human embryo and pull water from the air. This year, we’ve learned even more, building on the possibilities of the past to create more possibilities for the future.

2018 is halfway over or halfway began if you’re a glass-half-full type of person and already scientific breakthroughs are pouring in quicker than free beer at a recently broken up prohibition convention. These breakthroughs are coming from a variety of disciplines and give us great understanding of both the past and the future. For example, a Native American tribe that was lost has shed light on our ancestors. There are blood tests that may detect cancer and the research on growing human organs is skyrocketing.

Here are some of the breakthroughs of 2018.

Curiosity, the rover that NASA sent to Mars, discovered the origin of life on Earth. These carbon-based organic molecules were found on Mars’ surface and though they are not evidence of life on Mars because they can exist solely due to geological processes, they give us insight into our own origins. These molecules were taken from the Gale Crater, directly from a three-billion-year-old mudstone. Though life can’t be confirmed on Mars, it can’t be refuted, either. I’m not refuting it and neither are the scientists. 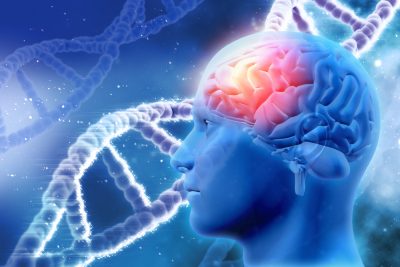 In May 2018, neurobiologist David Glanzman published his study that showed memories may not reside in the brain. He conducted this studying using sea snails called sea hares. His theory? If defensive reflexes were triggered in the sea hares, memories were housed in RNA, not the brain. To test his theory, Glanzman placed wires that would shock sea hares’ tails. After shocking them repeatedly in a fleshy section of their bodies called the siphon, and ensuring they responded consistently by contracting their gills, he then removed parts of their RNA and put it in snails that have never been shocked. The goal? To see if these snails that hadn’t received shocks would retain the memories of the snails that had. The results? These snails also contracted their gills in response to being shocked in the siphon.

Glanzman may have proved there is a link between the RNA and memory of trauma. To further test his theory, he swapped the RNA from two groups of snails that had never been shocked and found that neither group contracted their gills when shocked. They did not have the memory to do so.

Does this prove that human’s semi-automatic defensive responses are encoded in their RNA? No, but it could be correct. As human’s systems are much more complex than sea hares, Glanzman need only get the consent of a throng of people, shock them, and see if they respond defensively. This research is amazing and could possibly help those with trauma move forward.

The implications of this research are massive. How much further could the human race go if we could erase the fear encoded in our memories?

Everyone thought that ink from a pen was permanent until someone created erasable ink. While, this research is far more important and complex than erasable ink, the idea that damage from Alzheimer’s disease could be erased is a novel and amazing one.

Scientists at the Gladstone Institutes in San Francisco may have discovered the beginning to the cure for Alzheimer’s disease. After taking stem cells from patients with Alzheimer’s and volunteers without Alzheimer’s and converting them to brain cells, i.e. neurons, 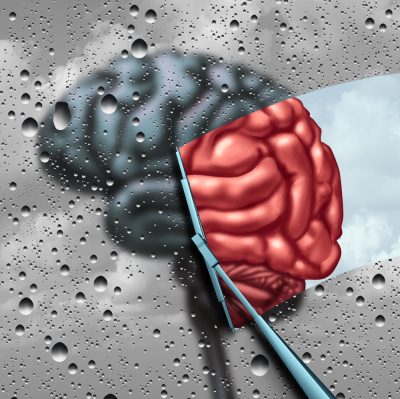 these scientists discovered those with Alzheimer’s had two copies of the apoE4 gene. This gene is responsible for a high risk of developing Alzheimer’s through its production of a protein that damages neurons. After discovering the apoE4 gene, scientists then found a way to alter its basic structure. This method erased all evidence of Alzheimer’s within the neuron and prompted longevity and health within the brain cell.

Alzheimer’s is a devastating diagnosis and illness. This research has greatly spurred the study of a possible cure for Alzheimer’s, though that does not mean this cure will be available anytime soon. Researchers must still find a way to change the structure of the neurons within human patients rather than convert stem cells into neurons. That will take a lot of time, patients, healthy volunteers, and funding to complete, but still, this is an excellent start to finding the cure that will preserve lives, both literally and figuratively. Even if physical death was not part of the Alzheimer’s picture, losing one’s memory is a death in itself. This research may put an end to the loss.

Sickle cell anemia is a genetic condition that produces sickle-shaped blood cells that lead to immense pain and organ damage. After receiving a stem cell transplant, Revée Agyepong was released from the hospital—sickle-cell free! As the life expectancy for those with sickle cell anemia is an unpleasant 40 to 60 years, this is an amazing breakthrough. With better health, no need for extensive treatment every two months, Ageypong, and eventually other people who have sickle cell anemia, can enjoy life through improved health.

These scientific breakthroughs will revolutionize the world. As they become mainstream and more affordable, human health will greatly improve. We will live better, longer lives and contribute so much more to the melting pot of human existence. How amazing.

How to Last Longer in Bed