Does he really have his feet on his desk? Is she talking nonstop and disrupting everybody? You can’t stand either of them. But, are you one of them? There are a lot of habits that can make you a lot less professional than you think you are. The truth is, most annoying or unprofessional people don’t realize they’re annoying or unprofessional though they’re very aware when others are unprofessional. So, could you be that person everyone is talking about? And hating? Are you that guy who causes people to avoid the water cooler? Here are five bad habits that make you unprofessional, disliked, and limited. These behaviors could get in the way of your career advancement, so listen up. Please.

#1 LATE IS YOUR FIRST, MIDDLE, AND LAST NAME

Are you always rushing out of the door, late before you even leave your house? This a big boon to your professionalism. As laidback as your environment may be, being consistently late makes you look bad and rude.

How to avoid being late: To counteract your problems with punctuality and boost your standings in your company, leave your house early. A great rule is to figure out how long it takes for you to get to your job and double that time. For instance, if you have a 10-minute travel time to your office, give yourself 20 minutes to get there. So, leave with 20 minutes to spare. That will leave you 10 extra minutes in case there is bad traffic or something else that could potentially make you late. Also, lay out your suit and lunch, if you love saving money, the night before. That way, you’re not stressing out and running out of the house late trying to  get these prepared in the morning. 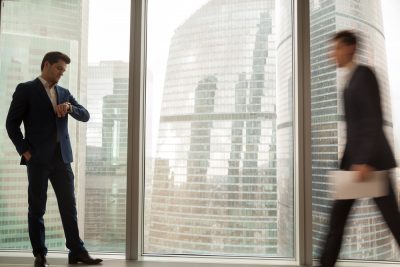 Meetings may be boring and you may not want to go, but when you show up late all of the time this shows your fellow coworkers, who are probably as bored and disgruntled about their attendance as you are, that you don’t respect them or their time. Everyone and I mean everyone, has a finite amount of time. When you show up late it makes it seem as if you don’t care. So, not only do your coworkers have to contend with this meeting, but they have to wait for you to show up. While you may not care much for this meeting, you do want to keep a good rapport with your coworkers.

You know what’s worse than going to meetings? Going to meetings with someone who’s negative. Or, you know, working with someone who’s negative. If,“That won’t work” and complaining is your go-to behavior, you might be making your fellow coworkers miserable. And yes, they hate you for it. Life has trials, and everyone goes through them, but being that doomsday person looks really bad for your professional persona. If you contribute one hundred awesome and amazing suggestions, but shoot down everyone else’s, they’ll still hate you. You see, a pessimistic worker is a big energy-suck, they drain the sun right out of other people, which then makes those other people have to expend more energy to stay positive.

Not to mention, according to Rosemary Haefner, Chief Human Resource Officer at CareerBuilder, 62% of employers avoid promoting a negative person. Yes, your boss’ don’t want to deal with your pessimism either. So, go into your job with a smile and when you feel the need to complain or shoot down someone’s suggestion, try counting to three first and then saying something more useful.

You know when you’re around that talkative kid who either always asks “Why?” or just asks tons of questions about everything. It’s kind of cute because of their curiosity and intelligence, but when you are given a new assignment, you don’t want to be that kid. Asking all these questions right from the start makes it seem as if you have no desire to do the project or that you love to hear the sound of your own voice. 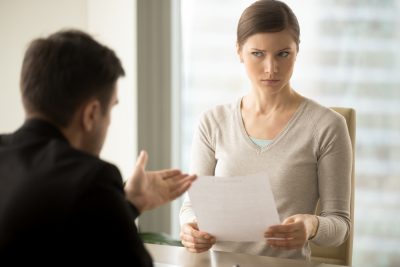 Rather than grill the person who has given you this assignment, go back to your desk, think of the questions you’d like to ask and organize them. Resist the urge to spout them out one after another as soon as the assignment is given. Do some research and answer as many questions as possible yourself, then make your list of clarification or other questions. This helps you look more professional.

There is a stereotype of office workers that shows desks and trashcans full of candy wrappers. They also tend to have cups full of pop and a jelly doughnut spilling from every crevice. Don’t be that person, even if you don’t work at a desk. When you are in the break room and leave your mess, who do you think will be your maid? Not only are ysour coworkers getting tired of you, the custodian dislikes you, and that’s his/her job. Clean up after yourself. When you don’t, this shows a lack of responsibility and consideration and a big boost of arrogance and immaturity. This also extends to your workspace. It is a reflection of you, so the cleaner and organized the better.

Just think of it this way. If you saw this sign:

RATS AND ROACHES ON THE PREMISES

Would you eat at this restaurant?

These are just a few of the ways that you can unintentionally hamper your professionalism. You’re a great employee, so avoid this like that rat and roach-infested restaurant.

6  Reasons Why You Should Adhere To A Plant-Based Diet