The probabilities are always there. The problem may lie either in their partners or in their inability to arouse her and make her squirt the way she thinks she should.

Psychologist and relationship expert Tracy Thomas explained that women are afraid to initiate sex because it’s hard for them to stray away from traditional gender roles for fear of rejection. Thus, they play safe and allow their partners to lead them the way.

Once you’re successful in doing these, your problem would no longer be how to arouse her but on how to stop her. The helpful tips below are the best places to start. 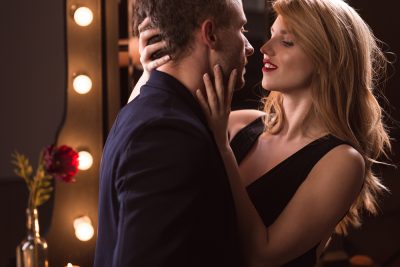 Foreplay is designed to warm up the body sexually. In physical exercise, you’re bound to injure yourself if you skip warming up your body. The same could happen during sex. Your bedroom experience would be a disaster if you don’t give proper time to foreplay.

You may not require longer warm-up but your partner certainly does. It’s how a woman’s body has been designed. Don’t expect her to take her clothes off right away unless you’ve done your part of planting the seed of arousal in her mind.

The right foreplay doesn’t require hard work. Sending her sexy messages in the morning or talking dirty throughout the day is hitting the right gears. She’d be asking for more later in the evening after a provocative sexual initiation.

2. Help her set the mood for great sex

While a man’s mind can stay focused at one thing, a woman’s mind could be torn between a lot of things, which means she might enjoy better sex but she just can’t stay concentrated because of the million things that are cluttered in her mind. In short, some things might be causing her stress or troubles.

Take note, some women can be too affected even by small matters. No matter how much she tries to be with you during sex, she just can’t help herself from being invaded by senseless thoughts.

In movies involving lovers, great sex usually follows a heated argument. And this is often the case when men can pacify their partners and assure them that their relationship matters above all.

Whether in movies or real life, this should always be the case. You should put your relationship and your partner first place. Who is right should be less important as to what is right.

If you fight over small matters, it would affect your sexual life. The more you disagree over something, the more it decreases the desire for great sex. When your partner is feeling hostile or resentful after a fight, her sex drive will naturally nose dive and reconnecting with you sexually would pose some challenges she might not be able to handle well. 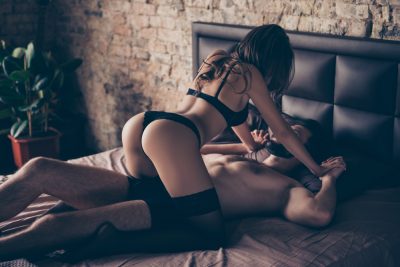 There are times when a woman’s biology naturally pushes her to crave for sex. These are the times when she’s at the peak of ovulation, specifically about two weeks after her last menstruation.

When she’s feeling kinky, she might initiate sex but not perfectly. You may manage to pick up her cues along with some degree of nervousness or some feelings of awkwardness. Instead of pointing these things to her, acknowledge her moves and allow her to do her part well through proper guidance.

For example, if she’s intentionally pressing your butt while embracing you, guide her hands and place it in front of you to let her feel the hardening of your penis. Thomas explained that she’s bound to do the move more often once she found success on the first try.

5. Give her pleasurable sex

As much as you can, give your partner the best sex she deserves. Once she senses her pleasure is your priority, she’s likely to return the favor.

Asking her what she wants in bed or how she likes to be touched can increase her sexual confidence. You can coax her to try new positions or to let her lead. You can also challenge her to be on top or engage in role-playing where she plays a superior role.

Another way to help her ease up is by communicating your needs. But open up this topic at the right time, like when you’re on the couch or a date. Talking about sex outside of the bedroom reduces the pressure that your partner may feel while in the bedroom.