6 Exciting Reasons Why You Should Drink Beer For Your Health

We’ve always been told that alcohol consumption is bad. On the contrary, alcohol actually does have health benefits. Red wine, for instance, contains antioxidants and helps reduce your risks of stroke and heart diseases.

Beer also has several health benefits, though not everyone may know about it. But these benefits only happen if you drink beer in moderate amounts and not excessively. As if we need any additional reason why we should drink beer, here are 6 health benefits of beer.

Beer can lower your risks of cardiovascular diseases by an amazing 30%. That doesn’t mean though that you should binge on beer every day. The positive effects of beer on the cardiovascular system are only evident when you limit yourself to just two bottles of beer per day.

The protective effects of beer on your heart health are mainly due to the alcohol and polyphenol content of beer. Since beer is made with grain and hops, the polyphenol antioxidant contents of these ingredients are also present in beer.

In short, due to the polyphenol compounds found in beer, the anti-inflammatory and antioxidant actions of these compounds protect you against atherosclerosis and help prevent damages to your blood vessels.

The ethanol content of beer can also help improve your insulin sensitivity, increase your high-density lipoprotein (HDL) cholesterol, and prevent thrombosis or blood clots. However, all these health benefits are nullified when you drink heavily or when you engage in binge drinking. 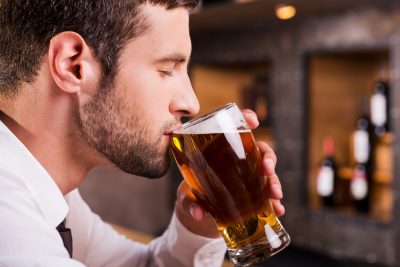 Ischemic strokes happen when the blood flow to your brain has been severely reduced or completely cut off due to narrow or blocked off arteries. A thrombotic stroke is one of the most common types of stroke.

When the supply of blood going to your brain is reduced because of a blood clot in one of the arteries that transport blood to your brain, then you may end up having a thrombotic stroke.

Research shows that people who drink 1-2 beers every day may actually have relatively lower risks of having a stroke. One explanation for this protective effect against stroke is that when you drink alcohol in moderate amounts, it reduces blood platelet aggregation. This means that your blood doesn’t clot easily.

However, heavy drinking can actually increase your risks of stroke. Hence, to maximize the benefits you get from beer, you should always remember to drink in moderate amounts only.

Limiting yourself to only two beers every day, which is equivalent to around 24 grams of alcohol, can reduce your risks for type 2 diabetes. For men, the risks are reduced by approximately 30%. The protective effects of beer against diabetes are actually greater for women.

The mechanism behind this protective effect has yet to be clarified by scientists. Factors that may help explain how beer can lower your risks for diabetes include increased insulin sensitivity and higher concentrations of high-density lipoprotein cholesterol. Beer also has anti-inflammatory effects which may also be beneficial.

If you drink beer in moderation, meaning you limit yourself to only one standard drink every day, you could be doing your kidneys a favor. An interesting 2013 study reported that beer may reduce your risks of developing kidney stones by as much as 41%.

Those who drank wine also had a 31-33% lower risk of developing kidney stones. In contrast, a high intake of sugar-sweetened cola is associated with more than 20% higher risks of kidney stones.

This protective effect of beer and wine against kidney stones is believed to be due to the diuretic effects of alcohol. Since you urinate more when you drink beer or wine, it may help prevent the formation of kidney stones.

The four main ingredients of beer include water, yeast, hops, and grains like malted barley. Hops contain a compound called xanthohumol, a phenolic compound. Xanthohumol is actually a flavonoid antioxidant, meaning it can help improve your defense against oxidative stress and protect you from certain diseases. 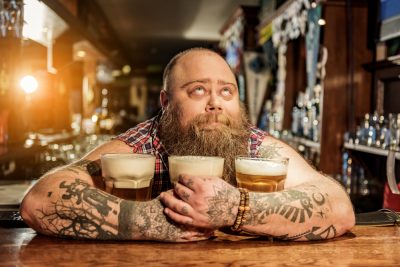 In particular, xanthohumol has been found to have antifungal, antibacterial, antiviral, and anti-malarial effects. Xanthohumol has also been shown to exhibit anticarcinogenic and antiproliferative activities.

This means that xanthohumol can prevent the formation and proliferation of cancer. Initial research has shown that xanthohumol in beer can help prevent various types of cancer such as breast, ovarian, colon, and prostate cancer.

It may be surprising, and yet it’s true that beer may have neuroprotective effects. As always, the key is in the amount of beer you drink. Light-to-moderate alcohol consumption can positively affect your brain health in several ways.

For one, because moderate beer consumption helps reduce your cardiovascular risks, it results in better blood flow and less oxidative stress in your brain. Secondly, alcohol can help increase the secretion of acetylcholine in your hippocampus. Acetylcholine is a neurotransmitter that’s linked to improved memory and learning.

Lastly,  light-to-moderate alcohol consumption actually causes protective changes in your brain blood vessels. People who drink moderately tend to have fewer white matter lesions as compared to those who are heavy drinkers or chronic drinkers. In addition, since beer contains antioxidant compounds, these prevent oxidative stress damage in your brain.

This means that when you drink your usual bottle for the pleasure of drinking with good friends or family members, it’s actually good for your mental health and your social life. On the other hand, drinking large quantities of beer alone is definitely harmful to both your physical and mental health.

The Ultimate Guide to Avoid Getting Sick this Winter Season