6  Reasons Why You Should Adhere To A Plant-Based Diet

With new studies revealing increasingly numerous benefits of a plant-based diet, vegetarianism and veganism are gaining more and more followers. The truth is, to reap the benefits of healthy eating, you don’t need to be an absolute vegan.

Every year, hundreds of thousands of people die due to heart diseases. In fact, it’s considered as one of the top causes of mortality not just in the United States but also worldwide. Risk factors for coronary heart diseases include diabetes, obesity, and poor diet.

Improving the way you eat and being more conscientious about what you eat can help lower your risks of cardiovascular diseases. Studies have shown that the reduction in the risks of developing coronary heart diseases and cardiovascular disease-related death can be as high as 40% for those who follow a vegetarian diet.

Moreover, a dietary pattern that’s composed of mainly plant-based foods can actually help reverse the effects of cardiovascular diseases. No other dietary pattern has been found to have such profound effects on heart and vascular health. 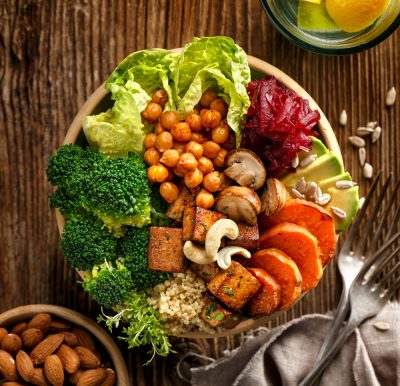 Whereas hypertension is associated with red meat and processed meat, vegetarianism and veganism are both associated with lower blood pressures as well as reduced risks of hypertension. Even if you’re not a vegetarian, if you try sticking to a mainly plant-based diet even for just a month will already result in significant decrease in systolic and diastolic blood pressure.

In fact, if you try a vegan diet for even just seven days, you will already start seeing improvements in your blood pressure. A recent study showed that even with just one week’s consumption of a low-fat vegan diet, it can already help improve blood pressure, lower cholesterol levels, and decrease blood glucose levels.

Atherosclerosis means plaque made up of cholesterol, calcium, and fat are clogging your arteries. The condition is associated with eating a lot of carbohydrates, processed meat, and fat. When your arteries are clogged, the endothelial cells that are lining the blood vessels get damaged.

Thus, the first thing you want to do to avoid heart diseases is to make sure that your arteries don’t get clogged with plaque. One way to do that is to eat a diet that is rich in fruits and vegetables, especially those that contain high concentrations of polyphenols.

Fortunately, atherosclerosis can actually be reversed. Meaning you can clear the plaque from your arteries and make them healthy again. And the best way to do that is to eat a predominantly plant-based diet.

When your diet is predominantly composed of vegetables and fruits, you have lower risks of developing atherosclerosis, hypertension, and heart diseases. Thus, your risks of death due to a heart disease are also reduced.

In fact, a high dietary intake of vegetables and fruits can reduce risks of cardiovascular disease-related death by as much as forty percent. And it’s also associated with lower all-cause mortality.

That’s because plant-based foods keep the body generally healthy so the risks of developing death-causing diseases are low. Moreover, plant-based diets are also associated with healthier lifestyles, which further increases the benefits to your health. 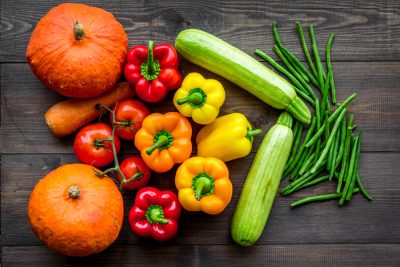 When you eat a lot of whole grains, legumes, fruits, nuts, vegetables, and seeds and only a little or no meat at all, you lower your risks of developing type 2 diabetes. And if you do already have diabetes, a plant-based diet can help you better manage your condition. Plus, you get to reduce vascular-related complications like cardiovascular diseases.

If you want to lower your risks of diabetes, you should go for whole grains, leafy and root vegetables, grapes, blueberries, nuts, and apples – these are all known to reduce diabetes rates. Whole grain cereals, in particular, are especially good for protecting against type 2 diabetes. If your insulin resistance is high, legumes are best for lowering insulin resistance as well as for protecting you against metabolic syndrome.

Diabetes and obesity often go together. So if you’re already eating a predominantly plant-based diet, not only will it help protect you from diabetes, it will also help lower your body mass index. It works the same way for anyone trying to lose weight.

You don’t have to cut back on the amount of food you eat, you just have to replace all those unhealthy foods with fruits, vegetables, nuts, and other plant-based foods.

In contrast, the lesser amount of animal-based food you eat, the lower your body mass index goes. Thus, veganism is associated with low BMI. Vegetarians usually have a slightly higher BMI than vegans. Next on the scale are those that eat a pesco-vegetarian diet, then followed by the semi-vegetarians, and those that follow an omnivorous dietary pattern are the ones with the highest BMI.

Natural Muscle Relaxers That Are Worth Trying