Bipolar Men: What You Need To Know

Contents show
1 Some myths about bipolar disorder include:
2 Types Of Bipolar Disorder
3 Bipolar 1 Disorder
4 Why is bipolar 1 considered to be the severest type?
5 Bipolar 2 disorder
6 Cyclothymic disorder
7 Bipolar Not Otherwise Specified

If you find yourself alternating between feelings of extreme sadness, apathy, and worthlessness; and extreme happiness with poor judgment and difficulty focusing, you may have bipolar disorder.

Bipolar disorder, formerly known as manic depression, affects men and women at equal rates. It’s a rare cyclical disorder, affecting 1% to 3% of US citizens. At this time, there is no cure.

Usually, men are diagnosed between 16 and 25 years of age. Bipolar disorder is also diagnosed in children and adults in their later years of life. 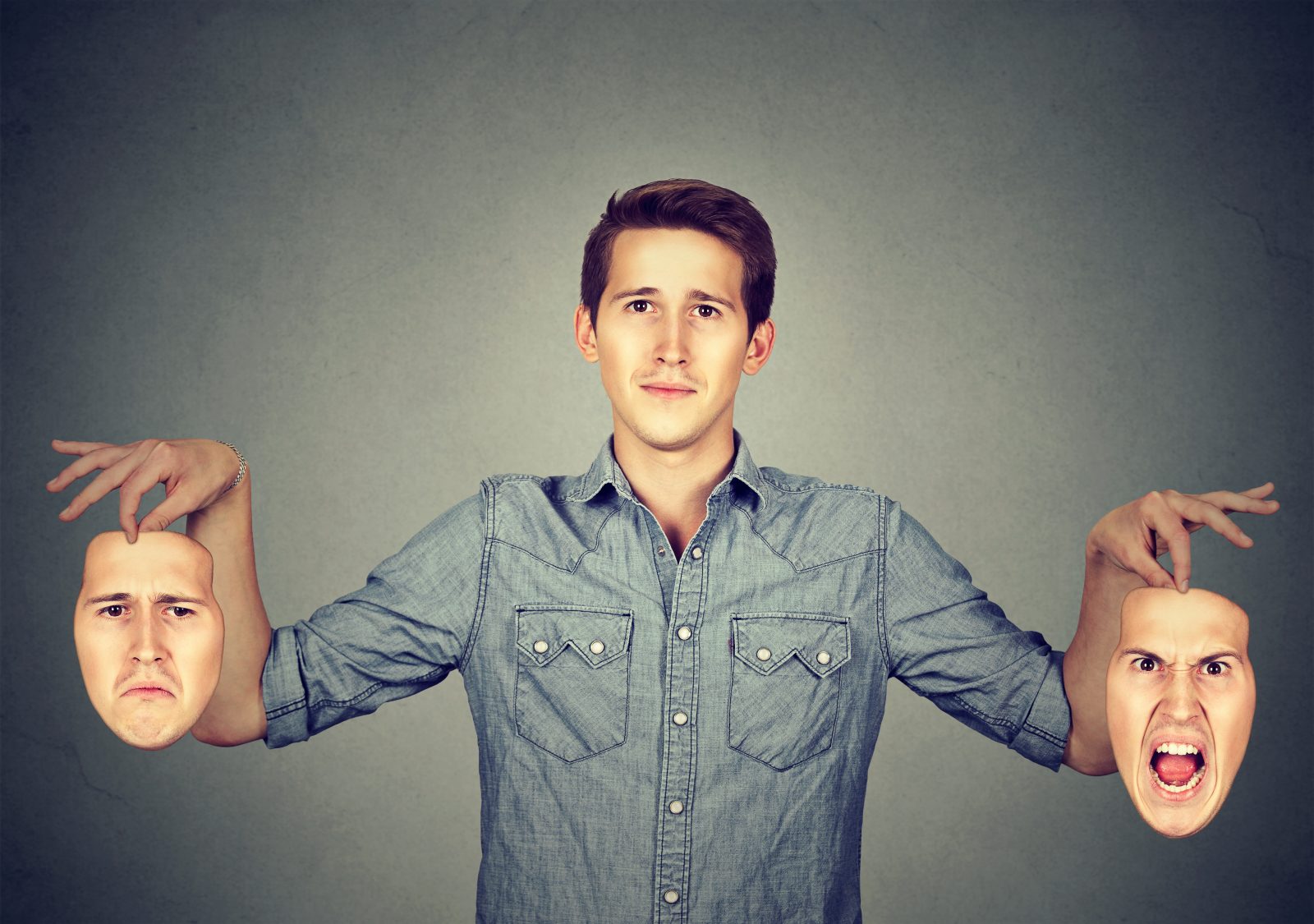 Bipolar disorder is characterized by distinct periods of mood called “episodes” that are very different from your usual mood. On average, these episodes can last from six months of depression to two to three months of mania, when untreated. This is the average length for bipolar 1 disorder, but for those with bipolar 2, the hypomanic episodes may last for shorter periods of time, while the depressive episodes are just as long and severe.

For those with Cyclothymic Disorder, low-intensity episodes of depression and mania will last for years. To be diagnosed with cyclothymic disorder, episodes must last two years for adults and a year for children. These manic and depressive episodes do not meet criteria for diagnosis but can affect daily life.

Some myths about bipolar disorder include:

Fact: Children can and do have bipolar disorder, though their symptoms may present differently than adults.

Fact: Medication can help reduce and, in some cases, eliminate symptoms, but it is a long process to find the correct medication, and oftentimes, the medication must be re-calibrated to account for growing tolerance. Some people are treatment-resistant and derive little to no benefit from medications. Other treatments such as Electroshock Therapy (ECT), talk therapy or Cognitive Behavioral Therapy (CBT), and alternative treatments are used to help with symptoms.

Fact: Moods usually change in spans of months. For Bipolar 1 and 2, depression can last for six months, untreated. Mania/hypomania can last for months, as well. In a rarer form, called Rapid-Cycling Bipolar Disorder, moods change more often. Four times in a year, at minimum. Moods may change within a few days, a day, or within hours. Rapid-Cycling can come with any of the types of bipolar disorder. This frequency of mood changes is very difficult to live with.

There are many medications associated with bipolar disorder, but overarching categories are antidepressants, anticonvulsants, and antipsychotics.

The classic variant, bipolar 1 disorder tends to be associated with the most disability and poorest outcome.

Bipolar 1 disorder, like the other variants, is very treatable. In many cases, lifestyle changes, medications, and reduced stress decrease symptoms to a manageable level.

Why is bipolar 1 considered to be the severest type?

Bipolar 1 disorder is considered to be the severest form because of its manic and depressive episodes. The manic and depressive episodes reach the peak, or abyss, of illness. Though bipolar 1 depression is similar to bipolar 2 depression, the manic episodes are much more severe. Full-blown manic episodes may lead to hospitalization, incarceration, and suicide. Common to bipolar 1 is Mixed episodes. Many times, full-blown mania and depression will either mix together in a frenzied swirl or switch so rapidly you can’t tell much of a difference. Risk for suicide is very high with mixed episodes. 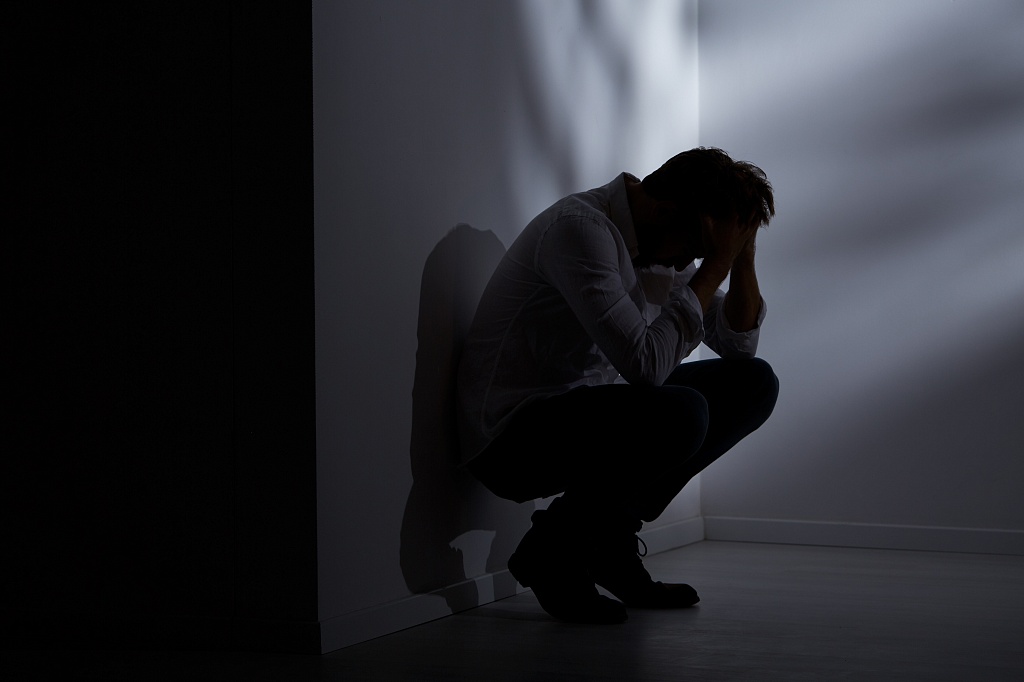 During mania, you may feel extreme joy or irritability. Other symptoms, such as impulsivity, weight loss, severe insomnia, rage, reckless spending, and sex, may occur. When a manic episode is very severe, psychosis (hallucinations and delusions) may occur.

For diagnostic purposes, mania must last for a week, but for those with bipolar 1 disorder, this criterion is waived if hospitalization is needed. A stay in a mental facility is a reality for many people with bipolar 1 disorder, especially if they’re experiencing their first full-blown episode or psychotic break. Many people with bipolar 1 will go to a mental facility more than once over their lifetime. Hospitalization is used to stabilize them and keep them safe when they are in this vulnerable condition.

Hospitalization is not only for manic episodes; it may also be used for severe depressive episodes. If you are unable to get out of bed, haven’t eaten in many days, self-harm, or are having suicidal thoughts (or plan/attempt to commit suicide), you may be hospitalized. When you feel you need to, you can voluntarily hospitalize yourself for your own safety.

At the peak of mania, you may experience psychosis ( hallucinations and delusions). This break from reality can affect all five of senses and your vestibular and proprioceptive senses, for instance, you may feel like the world is off balance or feel lost. Though rare, psychosis also may occur in severe depression. Psychosis is very scary. It can feel as if the world you knew has disappeared and you can’t make sense of your new world.

Lack of insight is a common trait of bipolar disorder. During mania or hypomania, especially, you may be unaware that you are ill. Your family, significant other, or friends, may suggest you get help.

Bipolar 2 has many of the symptoms of bipolar 1 disorder, though its mania never gets so severe. If you have bipolar 2, you will experience hypomanic episodes. Lower intensity manic episodes that rarely, if ever, lead to hospitalization. Hypomanic episodes do not include psychosis. Often, with hypomania, you will be able to function in your daily life, but it will be difficult because of the symptoms of mania. Sometimes, hypomania will manifest as increased productivity and creativity. In this state, you may get a lot done and feel very well, but you are still experiencing an episode of bipolar disorder. Mania, and hypomania, are dangerous conditions.

Severe depression tends to dominate the bipolar 2 picture. It can lead to hospitalization at its lowest points.

In some people, hypomania will progress to mania. If this occurs, your diagnosis will change to bipolar 1 disorder.

Oftentimes, because of the difference of manic intensity, people believe that bipolar 2 disorder is less severe than bipolar 1. A factor to consider is chronicity. Bipolar 1 disorder tends to have more normal mood in between the episodes. During these normal moods, many with bipolar 1 can become stable and have a good quality of life. This is, often, not the case for bipolar 2. Those with bipolar 2 tend to have a more chronic course with less normal mood between the manic and depressive episodes. Quality of life and the ability to remain stable is compromised. These differences in chronicity lead to a higher suicide rate for bipolar 2 than bipolar 1. The severity of each condition is not as clear as it would seem, and mania isn’t the only factor to consider.

This form of bipolar disorder is characterized by low-level manic and depressive episodes with an extremely high chronicity. Episodes occur nearly non-stop for years. Cyclothymic disorder can disrupt life because of these constant episodes over long periods of time.

This diagnosis is given when symptoms don’t fit neatly into bipolar 1, bipolar 2, or cyclothymic disorder. Symptoms can range from mild to severe.

If you have experienced any of these symptoms in a cluster for a week or more, then speak to your general physician, a psychologist, or a psychiatrist.

Bipolar disorder can be managed in various ways, but talking to your healthcare provider is the first step.

8 Foods You Might Have Not Heard Of, But Should Try