Are You Hurting After a Long Night Out? Beat Your Hangover With These 6 Tips!

Contents show
1 Eat Something Before You Start Drinking.
2 Drink Water Before, After and During Alcohol Consumption if Possible.
3 Eat a Good Breakfast the Next Morning
4 Get Enough Sleep
5 Treat Your Symptoms
6 Supplements

We’ve all been there, hurting after a night of partying and heavy drinking. You knew better than to take that last drink but did so anyway and are now paying for it the next morning. No one wants to be miserable all day stuck in bed or hugging the toilet, so what can you do?

There are a few things you can do before you start drinking that can help as well. This will help for next time, chances are this won’t be your last hangover.

Eat Something Before You Start Drinking. 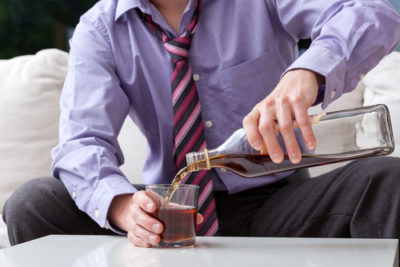 Not only is alcohol harsh on an empty stomach, the effects hit you harder and faster. Eating something before will absorb some of the alcohol and protect the lining of your stomach.

Most people think that breads or grains are the best to absorb alcohol, but carbohydrates aren’t going to help. You want to eat a fatty protein, like a steak or sausage link. These will help you absorb the alcohol and limit the hangover after effects.

Drink Water Before, After and During Alcohol Consumption if Possible.

Alcohol is a diuretic which means it makes us pee a lot and that dehydrates us.

If you can’t drink water at the bar or are embarrassed to, at least drink water before bed. The massive headache we get in the morning from drinking too much is most often caused by being too dehydrated.

If you had an especially long night, make sure to drink something with electrolytes in it as well to replace some of the salts you have lost. Go to the store the next morning and pickup some sports drinks, orange juice and apple juice to replace those electrolytes.

Eat a Good Breakfast the Next Morning

Eat something plain like toast, cereal, waffles, or pancakes if you’re up to it. Have another drink that has electrolytes along with your breakfast as well.

If you’re out partying during the week and have to work the next day you might not be able to sleep for a full 8 hours. Try to get as many hours as possible if that is the case, and make sure to get a full nights rest the following night.

If you are out drinking on a Friday or Saturday then you probably don’t work on the weekend and can afford to sleep in. If you can, make sure to get a full night’s rest because this is the way that the body heals itself. Lack of sleep makes hangovers worse, so sleep in. 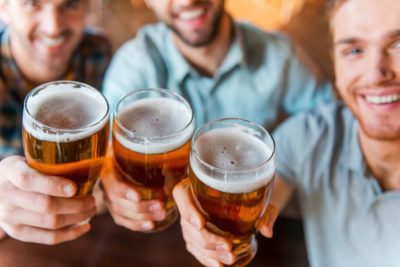 If you are suffering from a headache the next morning, take an ibuprofen to reduce the inflammation causing it. Drinking water again will help here as well.

If you feel nauseous or are vomiting, take Bismuth subsalicylate also known as Kaopectate or Pepto-Bismol.  When taking something to help with your hangover, make sure that you aren’t taking something with acetaminophen.

The liver is the organ that filters both acetaminophen and alcohol, so it is best that you don’t take a medication with that ingredient. We don’t want to do long term damage to our liver for a hangover quick fix.

Drinking coffee or taking a supplement with caffeine or other stimulants can help you with your hangover as well. Some people don’t experience stomach issues or have headaches the next day, they are just completely drained.

If this is you, then taking a supplement is the best option. Having a pill readily available is more convenient as well, as it doesn’t require you to go out and pickup a cup of coffee or having to brew it yourself.

How Many Times Per Week Should You be Having Sex? Is Too Much or Too Little Unhealthy?

The Four Ultimate Core Exercises For A Ripped Lean Stomach