Hypospadias And Its Detrimental Psychosexual Effects

Can you imagine going inside a restroom full of burly men and urinating with your pee shooting out from the shaft of your penis instead of from the tip of your organ?

This scenario can be both intimidating and traumatic for men with hypospadias, a congenital condition wherein the urethra’s opening is mislocated. Either it’s along the penile shaft, near the base of the penis, or somewhere below the tip of the penis. Having hypospadias is not an easy thing, and it has several burdensome psychological effects.

Hypospadias is neither acquired or developed. Rather, it is a congenital condition. Instead of being at the tip of the penis, for men born with hypospadias, the opening of their urethra is found on the underside of the penis. 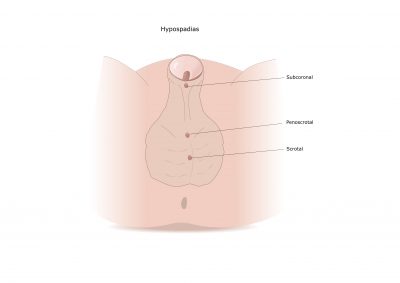 According to the most recent statistics on hypospadias, one out of two hundred newborn boys have the condition. Thus, it is now considered as one of the most common congenital conditions in the United States. In most cases, these newborn males don’t have any other birth defects, although there are quite a few who also have undescended testicles.

Surgery is the best way to treat hypospadias, and the sooner the better. The best time to have the surgery is when the boy is between three and eighteen months old. To correct the defect, the opening of the urethra has to be moved to the right place.

The skin around the previous opening has to be repaired as well. If the penis is curved, that also has to be corrected. In some instances, these corrections are done in stages. However, in minor cases, a single surgery on an outpatient basis may suffice to correct the problem.

In cases where the opening of the urethra is found near the base of the penis, tissue grafts may be needed by the surgeon to reconstruct the urinary channel. Usually, the tissue is taken from the foreskin of the penis which is why specialists do not recommend circumcision until after the corrective surgery is done.

Postoperative complications sometimes arise and these include problems with scarring or healing. There are also instances wherein a fistula or a hole forms on the underside of the penis. This can cause urine leakage and will require another surgical procedure.

This is one of the reasons why early surgical treatment for hypospadias is recommended. If the procedure is done while the boy is only just a few months old wherein he has not yet developed genital awareness, it can prevent many adverse psychological effects from cropping up. 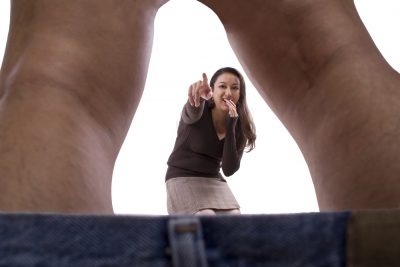 Men who have hypospadias often feel embarrassed about their condition and are averse to revealing their secret to others. This often leads to avoidance of intimacy. Thus, in many cases, these men also avoid sexual intercourse.

This is especially true for men who have not had their hypospadias corrected yet, or for those who had late corrective surgery. If they do engage in sex, they could develop sexual performance anxiety if their partners are not so understanding or accepting of their condition. However, men with hypospadias usually have normal sexual functions as infertility and impotence are not linked to hypospadias.

Men with hypospadias are also likely to have difficulties forming interpersonal relationships. They may look normal outside, and because their birth defect is located in their private parts, not a lot of people know that these men are suffering from a congenital condition.

And many men with hypospadias tend to want to keep it that way. It’s not easy telling your friend that your urine shoots out from the base of your penis instead of from the tip where it’s supposed to be. And it’s even more difficult explaining to your girlfriend that your penis doesn’t look like other penises. These sentiments and worries often prevent men with hypospadias from developing interpersonal relationships, romantic or otherwise.

Studies show that men who had previous hypospadias correction surgeries tend to experience erectile problems and sexual dissatisfaction. The dissatisfaction may be caused by unsatisfactory penis size and dissatisfaction with the cosmetic results of the corrective surgery.

Men who have hypospadias tend to have a small or curved penis. Unfortunately, the procedure for correcting hypospadias cannot correct the penis size. Moreover, poor genital self-perception also contributes to the sexual dissatisfaction.

In one study, more than 20% of the men who had hypospadias correction surgery reported having problems with erection. Almost 40% reported experiencing ejaculatory problems such as impotent ejaculation. Moreover, those who reported that they were not satisfied with their penile size and appearance were less likely to engage in sexual intercourse.

Why GMOs Are Actually Good for Your Health