Contents show
1 About the Product
1.1 The Company behind Jack3d
1.2 What are the Assertions?
1.3 What are the Components?
1.4 Product Features
1.5 Is Jack3d Effectual?
1.6 Place to Purchase
1.7 What’s the Recommendation?

Jack3d is a pre-workout supplement that’s designed to aid in your journey of developing strengthened muscles. This product is also claimed to be an innovative formulation that also happens to have a delectable taste that you’ll surely love. Aaron Schultz promotes this supplement as well as power lifter Luigi Fagiani. Moreover, Jack3d is marketed as ideal to be used prior to training as it helps with weight training, power lifting, and CrossFit.

As it becomes more well-known, the supplement has also become one of the most talked-about pre-workout supplements. Those who swear by it promise remarkable results such as sharper mental alertness, lucidity, and increased energy levels. Jack3d has also been chosen as the “Best Pre-Workout Supplement” in prominent sites such as Bodybuilding.com. However, this supplement makes use of the component called DMAA, which is prohibited in numerous countries because of the associated serious risks with its consumption.

Despite this, there are still several bodybuilders who rely on Jack3d to give them high energy levels, endurance, and mental focus, which help them train more prolifically. Let’s get to know Jack3d further in this review.

The Company behind Jack3d

This particular pre-workout supplement is manufactured by USPLabs. It was created back in 2006, but that’s about one of the few information we were able to learn about the company. If you visit their site, you’d naturally suppose that they’re the kind of company that concentrates on developing products in the area of sports nutrition. Other supplements created by USPLabs are AminoLIFT™, EpiBURN Pro™, Compound 20, Modern BCAA+ and Modern CREATINE. It also has another version of Jack3d, which they name as Jack3d Micro.

As for its product site, it appears decent and credible enough. The supplements are also in their neat and appealing packages. However, it wasn’t mentioned on the site who the key players are in this company like its creator or founder. It’s not even indicated where it is mainly headquartered.

What are the Assertions?

The company behind Jack3d touts that Jack3d was designed to give consumers sufficient energy and mental alertness sans the adverse effects linked to the use of stimulants such as nervousness and jittering. The supplement also helps with resistance training, bodybuilding, and powerlifting. It is endorsed as the product for the guys out there who want to take their training to the next level and construct larger muscles.

What are the Components? 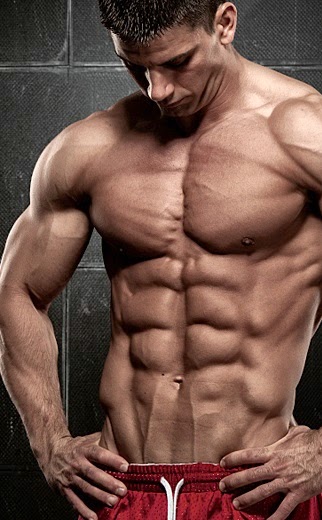 Jack3d has an exclusive blend, which is why the dosage of each of the ingredient isn’t indicated. Based on the info available, the ingredients in Jack3d are 1,3-Dimethylamylamine, caffeine, Arginine Alpha-Ketoglutarate (AAKG), Creatine Monohydrate and Beta Alanine.

DMAA – it was first utilized as a nasal decongestant. Its fullest potential was eventually revealed where it was found that it had an impact on the heart and lungs. What it does is expand the lungs, which enables more air to stream into the body. Aside from this, DMAA can also boost blood flow, which enables energy to get to the muscles more quickly.

Arginine Alpha-Ketoglutarate – this component is also usually used in several pre-workout products since it is recognized to be efficient in boosting nitric oxide levels in the body; the greater the NO levels, the better the circulation of blood.

Caffeine – this isn’t a new component. In fact, it’s a familiar one. It’s often found in pre-workout supplements because of its capacity to increase thermogenesis and augment mental alertness. On the other hand, excessive intake of caffeine can generate unpleasant side adverse reactions.

Creatine – this form of protein is typically found in meat. It is crucial in the supplement’s formula because it helps with the generation of energy in the muscles.

It has a lot of positive feedbacks.

It has a more delectable taste compared with other pre-workout supplements.

It is also important to know that Jack3d has DMAA and caffeine, which are examples of ingredients that can lead to adverse reactions. If used excessively, these can even result in serious medical manifestations.

There are more than 300 customers on Bodybuilding.com to leave positive reviews about Jack3d. The overall score of the supplement was 8.8 stars out of 10 as of this writing.

Jack3d can be directly bought from its product site. It’s also offered by other third-party sites like Bodybuilding.com, Amazon, and GNC. The cost can go from $15 to $25. It varies depending on where you make your purchase.

Jack3d is a decent pre-workout product for men who need to have fuel before they start their training. But since Jack3d has components that can possible produce adverse effects, it would be best to discuss with your doctor first about your options.

Reviewing the Effectiveness of Zolpidem