What She Says About Dating A Much Older Guy

For some people, age does matter in a relationship. But then there are those who defy stereotypes and see that dating a much older person can be fun and quite exciting for both sexes. Some men want to date older women for their maturity while women date older men for their experience and stability.

Though the age gap in relationships is fairly common, the media always makes a fuss over celebrities and famous people who date or marry partners years or decades younger than they were. And the assumptions are mostly the same, especially when younger women marry older and wealthy men, it’s all about the money.

To know exactly what’s going on in the relationship, let’s take a look at the revelations of eight women after dating a much older guy. This can be an eye opener for you too if you’re planning to date a much younger gal.

1. He is not as aggressive as younger guys are

This woman reveals her older man is less pushy when it comes to sex compared to younger guys. Younger guys are less experienced compared to the older ones. To get the kind of experience they want, naturally, younger guys want to experiment with doing things they have never tried before. And this can make them pushier and more aggressive, which some women detest.

When in public places, couples who have a wider age gap, tend to attract attention from curious people. Some onlookers may even wonder whether the duos are lovers or just a father and daughter who have a close bond to each other. But then, this is expected.

Another thing that a woman loves about dating an older guy is that he is more responsive and more responsible. He’s able to assist to her needs and ensures her wellbeing.

2. He is less possessive 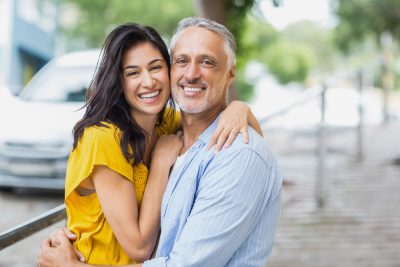 Another woman reveals that her older guy allows her to be herself. She can go to parties, drink, go out with friends, and just be herself. This shows that her man trusts her, understands her needs and sees her as a younger person who still loves going out. But this quality is less often seen in a much older man. Most older guys may feel jealous over the younger ones and trust can be an issue that can hamper the relationship.

This lady is lucky to meet an older guy who is matured enough and confident of himself. Issues over petty things can occur between younger couples. But when one partner is matured enough and knows how to handle things when they seem to get out of hand, the relationship is bound to last. The age gap is then advantageous.

While some women felt lucky for having met older guys, there are also those who saw the experience as a curse.  Here are the reasons why:

1. The relationship can destroy her family relations

Whether we like it or not, most parents hate seeing their daughters date older men, especially when those men are much older than themselves. And maybe because of social acceptance too. The parents, with their best intentions, would try to persuade their daughter to end the relationship.

But this woman put her parent’s expectations of her and pursued to live with her older boyfriend. Her best friend, who didn’t approve of the relationship, put her down as well. Despite the heartaches caused by her decision, she didn’t have any regrets. Her guy treated her as an important and valuable person in his life, which is kind of sweet.

This may be about who’s in charge. Because this woman was too young when he started dating his older guy, she didn’t exactly know what she was doing. She saw their times of togetherness as having autonomy in her life. But looking back and being separated from him, she saw how she was being manipulated. Lessons learned.

Let’s face it, when an older guy takes in a younger woman, it can be more of her sexual market value. This good-looking woman had her experiences as proof that this is true. Older men look appealing to her because they’re way more mature, refined, stable, and more interesting. But after dating lots of older guys, she has one conclusion. All they saw in her is her appearance and sex value. She altogether stopped dating them and promised not to date them again.

4. There can be a communication gap too 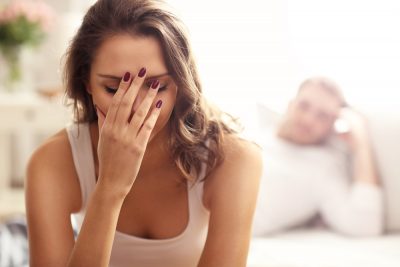 Aside from the age gap, communication gap can possibly happen to a relationship with wider age gaps. This young lady found herself in a boring situation when she and her much older boyfriend ran out of stuff to talk about. Because of their age gap, they have different interests. A lack of common interest is an issue that most couples face.

Older guys can be manipulative and controlling, especially to their younger partners. This woman felt that her young age makes her look stupid. Her man often ridicules her for not being much wiser and failing to understand how some things work. She eventually ended up the relationship, which serves her best.

6. They have mismatched sexual desires

He’s only 48, so erectile dysfunction might not be an issue yet. But she’s not sexually satisfied with him. She’s not aggressive either because two or three times a week sex sessions are enough for her. But her older guy can go on months and even years without having sex with her. Surprisingly, they don’t share the same bed when sleeping. It’s kind of weird, making her decide to end the relationship.

All the situations above can provide you some light when planning to court a younger woman. But then why do younger women date older men? Let’s take at what professionals can say.

Research in St. Mary’s University found that most women who are in age gaps relationships or AGRs do so for attachment reasons. Some of them are seeking father figures, which they lacked while growing up.

Men who are financially stable seek younger women for power. These men feel more powerful when they’re able to display a younger and glamorous wife. However, the assumptions from the study aren’t validated because of the different factors that are at play in AGRs.

Each person has his own reason for entering into a relationship. While no one can point out who gets the most benefits, successful sex life and relationship are still dependent on how you make them work whether your partner is much younger or not. The point is as long as the two of you are happy and satisfied in your sex life, the age gap doesn’t truly matter.